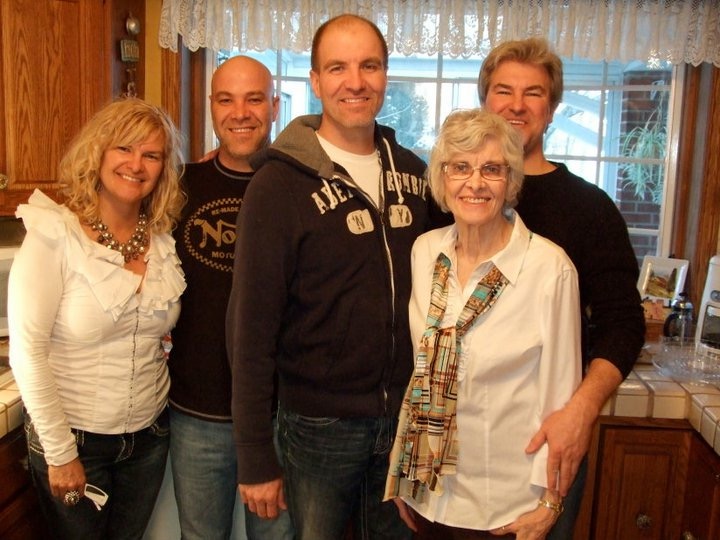 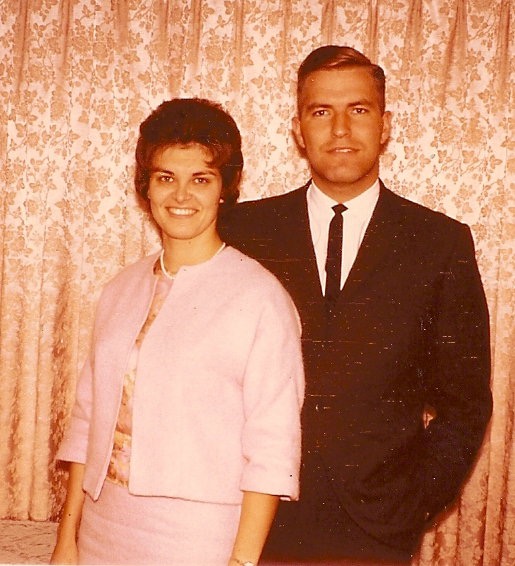 She walked along the street, her faithful Westie, Colby panting happily by her side.  The pavement was thick, and weathered beneath her feet.  Suddenly a sharp knife pain to her abdomen had her doubled over in pain.  “What is it Mrs. Hay?” Barbara inquired with concern.  She found it hard to respond, as the pain continued, and even seemed to increase if that were possible.  Barbara clasped her arm, and helped to guide, and support her as they trudged up the driveway to her back door. 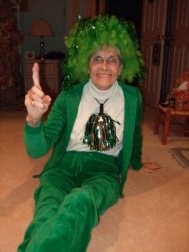 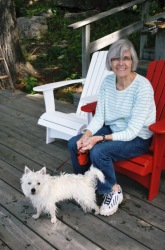 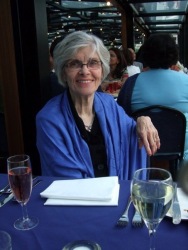 Sweat had gathered on her brow as she sat down heavily down upon her pine kitchen chair.  “I think we may need to get to the hospital,” Barbara remarked with a question in her voice.  “yes…” she agreed in between breaths.

After several tests, and findings, it was determined by the ER Doctor that she needed to see a specialist, and would definitely require surgery.  Her heart felt uneasy as she wondered what could possibly be going on from deep inside her.  The discomfort had continued, and yet she felt the peace that things were happening out of her hands, and she was just along for the ride.

It happened to be on her 73rd birthday that she was scheduled to see the “gastrointestinal specialist.” As we entered the foreign all grey cement and cold looking building, a sense of foreboding surrounded us.  It wasn’t helpful that clouds crowded out  the sky, and an air of dark seemed to surround us, waiting to engulf us.

She signed in, and we were quietly instructed to take a seat, and wait.  We each thumbed through some  ancient dog eared magazines, not talking, but with much on our minds.

We didn’t have long to wait.  The doctor seemed  serious, but the corners of his eyes crinkled as he welcomed us into his office with a gentle smile. He asked her to lay up on the exam table, and the tissue paper crackled beneath her as she lay back wincing as she went.

He gently palpated her stomach, and abdomen area, inquiring in a heavy French accent, “if it hurt?”, and then,” how much does it hurt?”  Tears sprang into her eyes as she met the doctor’s eyes, and I looked on with deep concern ever growing in my mind.

He motioned for her to sit up once again, and gestured for us to take a seat in front of his desk.  His chair squeaked loudly in a room that had become strangely silent.  He opened up her X-rays on his computer screen and eyed them intently.

“Well,” he started…” You have an neuro-endocrine tumor.”  “We need to operate immediately, and remove it.”  We looked on, still waiting…the air was heavy with expectation.   “Is it cancer?” Were the next brave words that my Mother would utter.

“Yes, yes it is,” he began.  Tears began to roll down my Mothers’ cheeks, and I was astounded by her bold question, and her  directness.  ” In these cases, an ultrasound is able to diagnose with a 98% accuracy this type of tumor.”  We were understandably taken aback.

” We will get you in as soon as possible, and take care of this thing.”  He stated emphatically.  ” what are her chances, and where is it located?” I added.  “It appears to be on the tip of her pancreas , and we shall just have to wait and see,” he said woodenly.

We found ourselves back in her Volvo station wagon in the parking lot, outside the sterile building.  We were quiet.  I reached for her hand, and she clasped mine firmly.  “We should pray,” I uttered.

” Lord Jesus, please heal my Mother.  Please take away this tumor, and heal her body completly, and let her be restored, and filled with life and health once again.”  We cried…I’m sure I said more things, but this was the central focus of my plea, our plea.

We opened our eyes.  I looked deep into the depths of hers.  I noticed that the grey of the sky was dissipating. All at once I  remarked, ” look Mum, the sun is appearing.”  She nodded her head, too filled with emotion to say anything..”let’s take this as a good sign of hope,” I declared…”God is with us, and He will fight for you.”

Since it was her birthday, I remember calling up my brothers and other relatives explaining the news, and we decided to get together at my Mum’s home, and share a birthday cake with her, and celebrate her.  It was a time of trepidation, but also of expectation and blanketed hope.  Interestingly, my Aunt and Mum had been scheduled to travel to Israel on a sightseeing vacation that next day.  Obviously the plans had changed drastically for my Mother.

I remember her being so brave.  Her faith was on beautiful display here.  We met with the anethesiologist the next day.  When he heard Mum’s last name, he said, ” Do you know Alan, or are you related to him?”  “Yes, He is my husband’s brother,” my Mother responded.  ” well he goes to our church.  Would it be alright if our church prayed for you collectively?” “Of course,” my Mother and I said together.

“Shall we pray together right here?” He asked.  “Yes, that sould be great,” I answered incredulously.  And so we grabbed hands, and He prayed over my Mother, and her upcoming surgery.  In my head, which was at this present time exploding, I thought…God is so amazingly good..I mean..what are the chances that the anesthesiologist would pray with you?…um…what a complete blessing.  I was fighting back tears, just so dumbstruck at this “provision” from my Lord.

The results from her surgery indicated that they had removed a 15cm tumor from her abdomen.  People, that is 12″ long… What the?… Where had that thing been hiding?  It was like she had grown a whole other organ.  The doctor said that the tumor was encapsulated, and vascular.(it had its own blood vessels, and blood supply.)  which I guess was not such a good finding.

My Mother was resting in her bed at home, her belly sewn up with many dark sutures, and multiple staples held her together.  Man, but she was frail.  She had lost a great deal of wright, and her strength was waning.

Again we waited….it was two weeks before we were to return back to have her stitches and staples removed.  The Doctor was going to study the specimen, and the tumor was sent to the lab to be tested, and further chopped up and probed under a microscope.

We did not know…we were not sure, and so we prayed..many prayed.  We set up a website called “Caring Bridge” where people could post their thoughts,  and cares.  It turned out to be such a rich blessing and encouragement especially for my Mother.

She was asked to lay up on the hospital bed.  A single bright light illuminated her form  there.  The nurse drew back her hospital gown, and the angry looking stitches and staples appeared.  I gasped…it was an extensive incision.   The nurse began to methodically remove these stitches, and my Mother winced every so often as her flesh was pinched and pulled.

The doctor appeared, asked her how she was doing, and proceeded to venture over to the computer screen that leaned against the wall.  I was also leaning with my back against the wall.  I think I needed support in the worst way.  I glanced over, and studied the Doctor’s expression.

He stared with intensity at the computer.  His  brow would furrow, then he would squint his eyes, and occasionally give a slight shake of his head.  He looked bewildered, and confused.  I was kinda transfixed by his look.

Not knowing what would he would say  next, but having an idea of the news that was to follow, I braced myself….”well, ” he started.  “It’s not cancer….” Hang  on, now what now, I thought?  Had I heard him right?  ” it’s a huge growth, but it is benign, ITS NOT CANCER.” He finished… “Thank you Jesus…thank you Jesus!” I all but sung out into the suite.  I danced about, and rushed over to my Mothers’ side.  She looked  positively luminescent in the bright glow of the lamp.  With her face wet with tears, I shall never forget her simple words..”It’s a miracle!” She said with conviction…” My great physician has healed me.”

” I cannot explain this,” the Doctor remarked..” It’s a miracle” my Mum said again.  “Yes,” he stammered, “I suppose it is.”  The nurse stood staring dumbfounded. I went and hugged my Mum.  I knew she would be ok.  She was healed.  This huge mass that was supposed to be her death sentence  been successfully removed.  I felt in that moment as if I could fly….

“Question, ” the doctor said.  ” when did you have the biopsy?”  “Biopsy?” My Mother said, ” I never had a biopsy.  ”  The doctors’ face drained of color.  “Why, did  you ask that?” I questioned. “Well, there us a scar on her that seems indicative of a biopsy being done?”

It hit me like a brick wall….. The biopsy was where Jesus had touched and healed her.  I knew this with an assurance, that I cannot explain.  I knew it was true.  God  had stepped in and answered my prayer  in such a profound way…I was speechless, overwhelmed with love, and gratitude.  He healed my Mummy.  I was so elated in that moment.  I can still recall my heart leeping in my chest.  He loves us, oh how He loves us.  I felt it, I knew it.  I was aware right then, that nobody, not ever would ever be able to convince me that God was not real, that He was not there.  It was just awesome.

It will be my Mum’s birthday tomorrow.  It is 5 years ago that she had this tumor removed.  I lay on my bed writing this, and an incredible March winter blizzard rages outside,  and I am filled with such a sense of awe.  The power of the cross.  The innocence of the One who died upon it 2000 years ago.  He blows my mind.  The love, the amazing love for us, that urged him forward…that propelled him onward, to bleed, to die, and all for me, for us all.

He still intercedes, He cares…..” Amazing love, how can it be, that you, my God would die for me..”

Thank-you…….thank you for the cross..thank you that  you were willing..I am undone by your love.